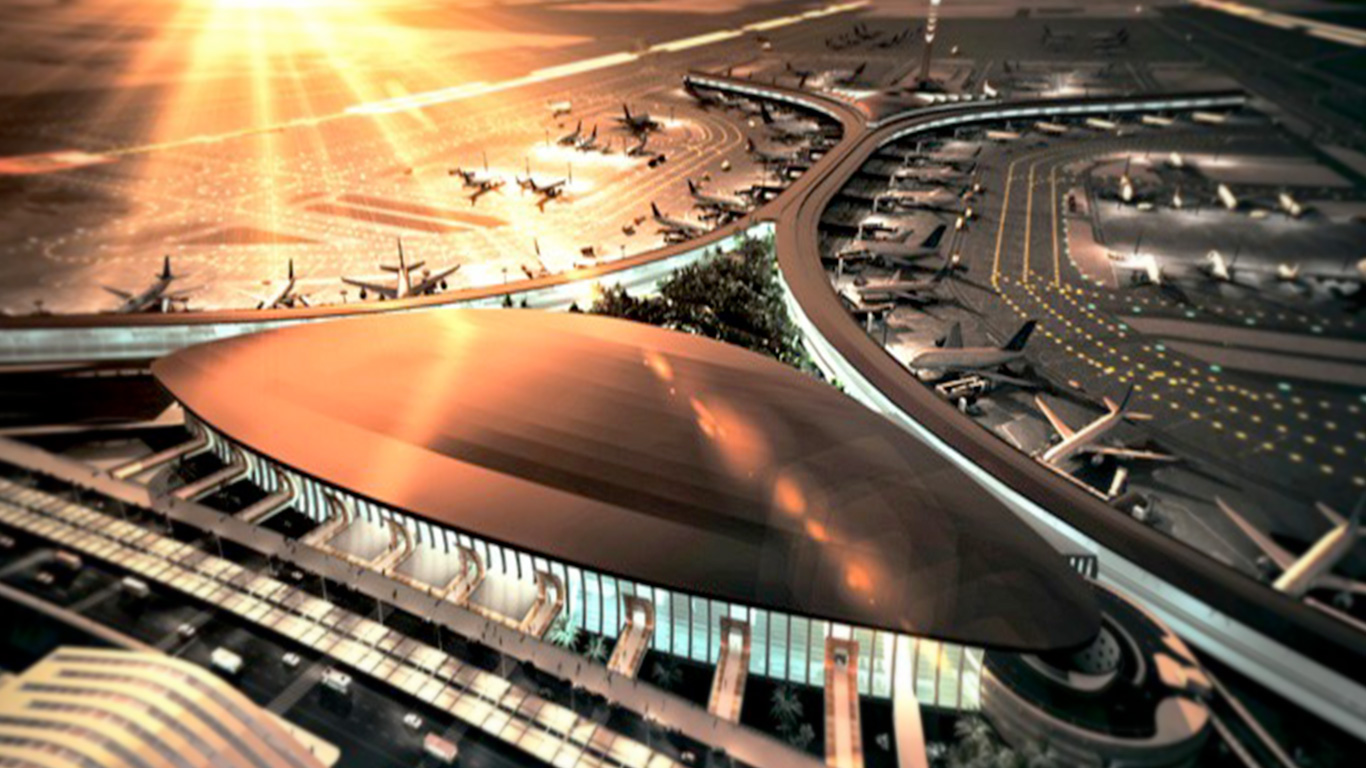 Jeddah Airport is the busiest airport in Saudi Arabia and home to the national flag carrier Saudia. It is especially busy during the Hajj, the annual pilgrimage to Mecca. Jeddah King Abdulaziz Airport is the closest airport to Mecca, the holy city for Muslims. The airport is located in western Saudi Arabia, just north of the country's second largest city. Travel time from the airport to Mecca is 1 hour 20 minutes.

The Jeddah Airport consists of four terminals and three runways; a very special Hajj Terminal, a modern T1 Terminal and the North and South Terminals. Terminal 1, first launched in 2019, is a very modern terminal that has a capacity of 30 million passengers a year. With a floor area of 810 000 square meters, the new terminal is considered one of the largest airport terminal buildings of its kind in the world.

An aesthetically pleasing solution that could withstand the extreme weather conditions in Saudi Arabia. Curved pipes to be installed in outdoor areas and to match with the building shape.

Standard pipes are usually straight in shape. Nevertheless, in order to produce and deliver the right pipes fit according to the client's request, the BLÜCHER team managed to manufacture the curved shaped stainless steel pipes.

A customised curved pipe followed the architectural contour of the facade and the glazed section satisfied the need to cover a curved radius of 26 meters.

“The result was what we expected and the customer was satisfied that we could manufacture and supply a curved push-fit pipe system.”