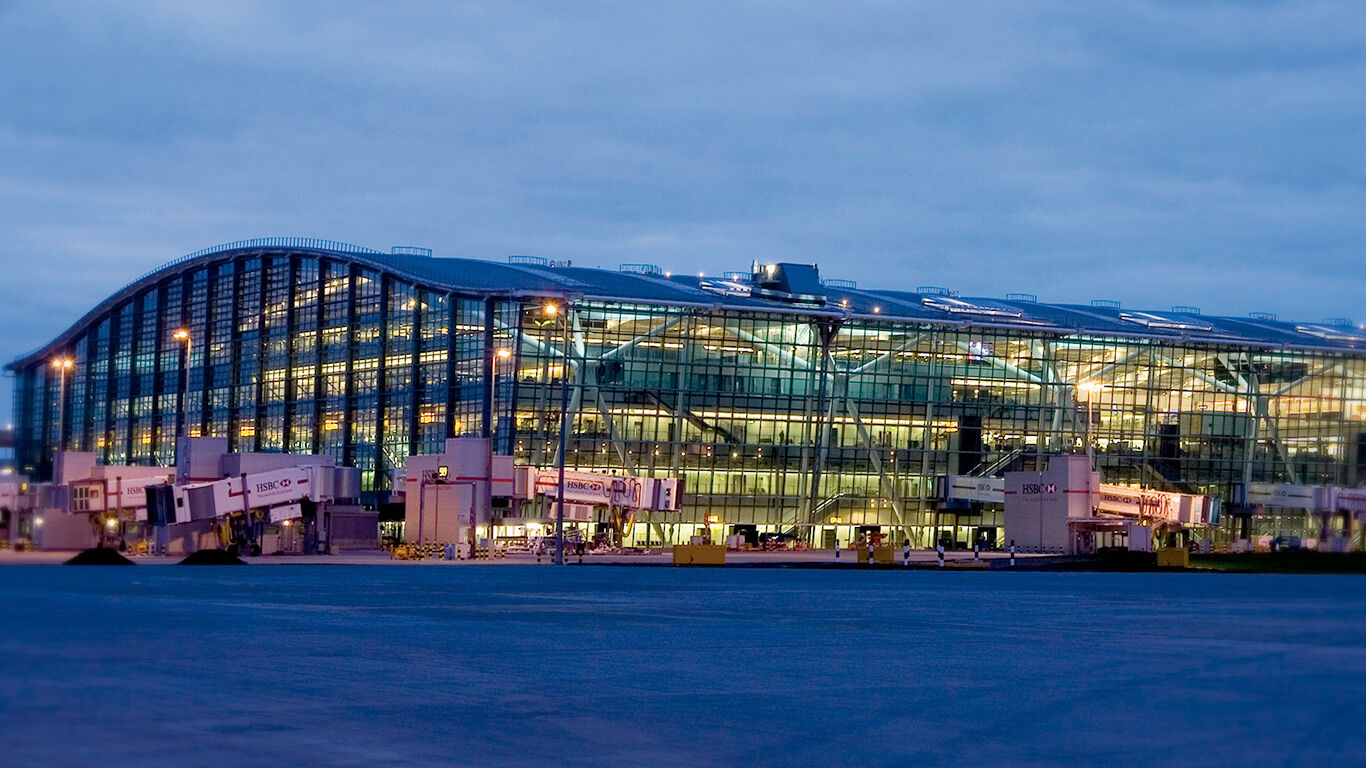 Heathrow T5 looks to us for sustainable pipes, fittings, drains, and channels

The planning process itself for Terminal 5 at the Heathrow Airport near London took 14 years, and costs for building Terminal 5 amounted to about EUR 4 billion. Construction started in 2002, and February 2005 saw the halfway mark after a staggering 22 mio. labour hours. At this time, the workforce peaked at 8.500 and the spending was running at EUR 3 – 4 mio. a day.

In March 2008 the British Queen finally officially opened what has become the biggest freestanding building in the UK. Installed in Terminal 5 are no less than 40 km BLÜCHER® EuroPipe and a wide range of fittings, drains, and channels in the terminal, in the energy centre, and in the control tower.